31 replies to this topic

Yesterday I came home late evening after a few beers

Although I was tired, I craved that late-night grind

In the corner of my eye, I saw someone ask something along the lines of "Is the event still going on?"

Turns out, the weekend pet hunt event, hosted by  had dragged on for so long, that he even had to go, and kindly took over

It was a hunt for the notorious "Pet House" 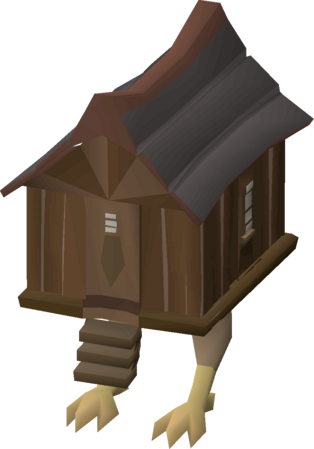 Regarded as one of the rarest skilling pets in the game, the pot had shot up over the course of the event

I half-assedly popped a vote book

Have you voted today? Click here to vote now

I proceeded to enter the massive disappointment that is my Alora house.

When I was making the final Incense burner

of my inventory it happened.

Thus ending the event that had consumed both material and hours of the many participants.

and 12 Bolts of cloth

To make matters worse, that wasn't even my first house pet!

There's only one word that comes to mind, and people were kind enough to inform me that it was: UnDeSeRvEd!

I could not agree more.

I did however bring something that I doubt many contestants had ... 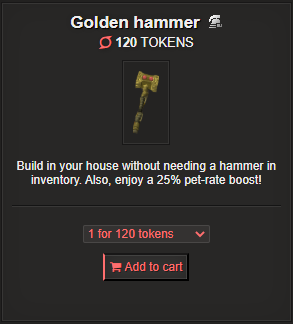 With my shameless advantage I nicked the prize to the dismay of many.

I'd like to make it up to you guys, so I've decided to host a very modest giveaway.

In order to enter the competition, simply reply to this topic down below

I will draw lots from the comments and announce three winners by editing the topic this monday at 06:00 PM GMT Server time 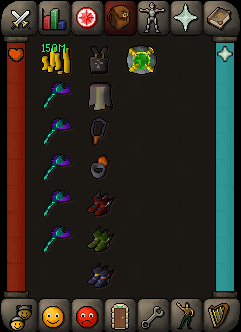 See you on the grind!

How To Stay On Your Grind

Get Your Bling On Alora


Hell yea brother congrats on winning the event though.


Great Idea! Gratz on the win


Congratulations @Trailerpark on winning the event, and thanks for hosting

good work on the event and a generous man hosting this event.


Congratz on winning the event!


Haha that was a great read Congratulations on winning!, very humble of you to share your winnings with the community


Congratulations on winning! That pet is amazing and you have two! pog


Congrats brother, tyvm for the giveaway!

Congrats on the win and ty for hosting it. :)


your are an awesome person @Trailerpark, and this community as a whole is kinda like family! Glad to see Alora's community coming together on events like this!


Me doing construction on 200m still no pet


Congrats on winning and ty for hosting!

You are lucky, Trying to get the house pet on my UIM (93m XP) and still doesn't have it. Hope i will have it before 200m not like the Runecrafting pet (#200M XP No Pet >.>) Thanks for hosting and Goodluck everyone!

Back to Player Run Events & Competitions


This topic has been visited by 66 user(s)