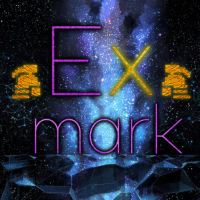 Currently the Eternal Gem is not on the drop table for superior slayer monsters. I think adding this to the drop table will give players another item to look forward to obtaining while doing slayer. Now I know having the gem on Alora is impractical because we can just look at our Game panel and see what or how many monsters we have left to slay.

My suggestion is to add it to the superior drop table as an item to sell to the Slayer Master similar to ensouled heads.

I think if we add it at a 1/1000 drop rate (0.1%) and allow players to sell it for 10M this would entice players to kill Superior creatures as well as have something to look forward to while doing so. I believe if the item isn't trade able and has a broadcast message it would be a nice add to the server. Thank you.

Hello, I've noticed that after obtaining a pet from Bosses or Skilling you have no way to See exactly at what Kill Count or Xp amount you've received the pet after some time has passed. My suggestion is to add the Kill Count (Boss Pet) or Xp Amount (Skilling Pet) to the pet when you Examine it.

Just a Simple example as to what could be added for the Skilling Pet.

With the Realism game mode releasing soon I've noticed a lot of people torn between if the 15% boost is fair because they could just get items then transfer to a normal account and flood the market with items that were obtained at a better rate. With the 15% drop rate increase removed what is the difference between when classic fist released and Realism besides a x2 xp rate. I had a few ideas and I was wondering what everybody thinks. If you don't like them be honest you won't hurt my feelings.

1) Make it so the 15% boost is unlocked after a certain amount of Playtime, Total Level, or amount of Gold. (or all 3)

2) Make it so if a Realism account/ Normal account kills each other they don't obtain items from either side. Instead maybe an increased amount of PKP depending on the amount risked but at a rate that doesn't make it worth transfering.

3) Have Realism use an entire different currency not just economy. Implement Blood money or a custom currency exclusive to Alora. (Not sure how difficult that would be to implement)

Just thought i'd say hello. I played Alora awhile back when ironman was 1st released and was one of the top 10 to max maybe some of you old timers remember me (Iron Bastard) looking into getting back into RSPS. I'm returning as a Elite ironman. Hope to see you all in game.