14 replies to this topic

Hello everyone, welcome to this month's edition of the Alora Newspaper!

With the beloved Groot stepping down from the staff team, this month's edition of the Alora news is brought to you by Mack and . However, he couldn't stay away so he has returned on .

We hope that everyone has had a great month of September! It's been another busy month with some great updates and events. We hope you've enjoyed them and are ready for some great new stuff in the coming months as we edge another month closer to Alora's 3 Year Anniversary!

There have been no updates to the rules in the month of September.

Keep up to date with our rules.

The full list can be found by clicking https://www.alora.io...official-rules/

Today's update contains a ton of random QOL updates and bug fixes that you guys have requested. Some of the updates include making some necessary changes to the Gauntlet to make runs smoother, a boss respawn timer on the client (icon), Custom 1-2 letter usernames — and some information on future name changes, Classic mode integrity changes (less restrictions), updates to the website to be a bit more attractive, and so much more. We'll let you check them out for yourself below! 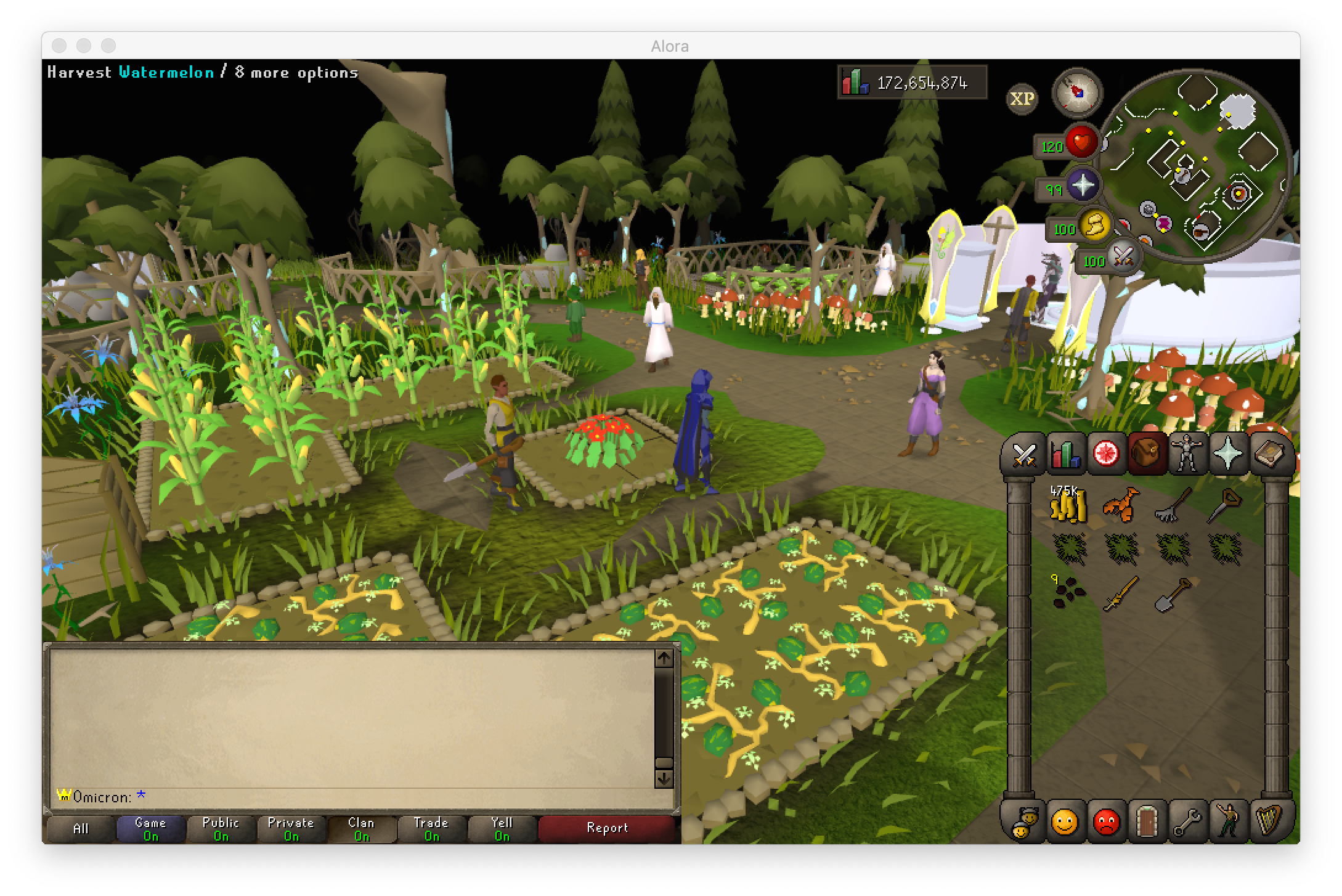 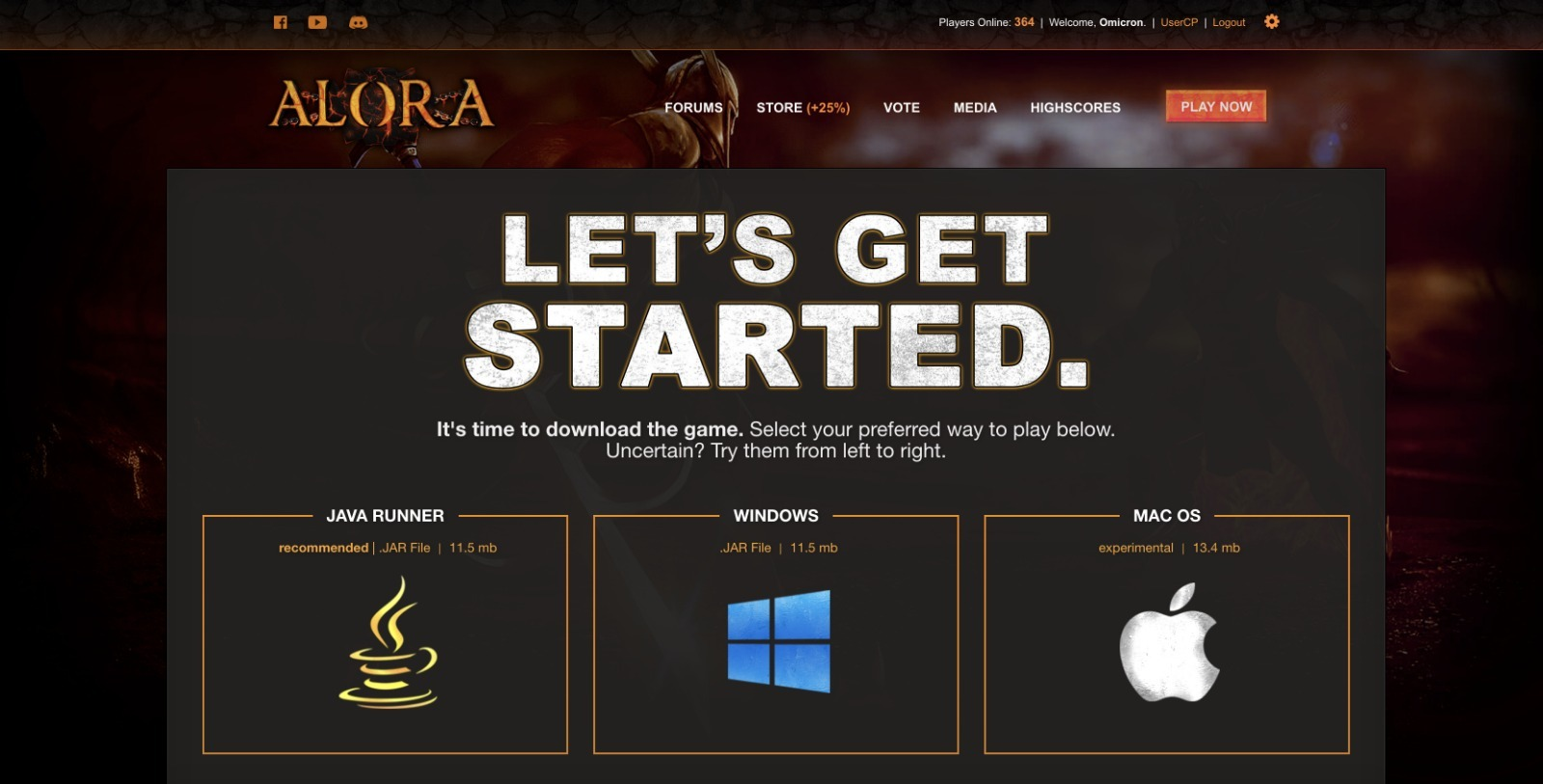 We hope you enjoy this update! Please report any bugs that you encounter :)

This week's update comes with many new pieces of content such as the Falconry method of hunting, Aerial fishing to catch fish as well as the release of the Anglerfish outfit which comes with a Fishing XP boost, the Bottomless compost bucket dropped by Hespori which holds up to 10,000 compost and doubles your current compost, the ability to custom-donate for a username change for any username, and many other bug fixes/QOL. 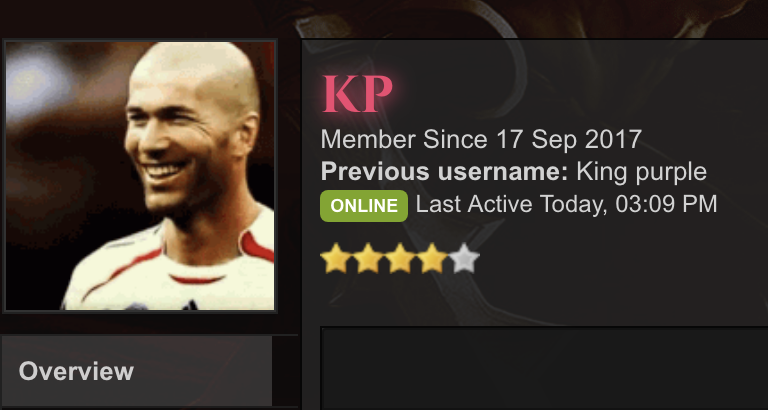 We hope you enjoy the time & effort that we put into getting this update out as quickly as possible :) If you encounter any bugs, please report them immediately.

Kharyrll has been promoted to Administrator.

has returned to the staff team as a Server Moderator.

Groot has resigned from the Administrator rank.

C4 has resigned from the Administrator rank

has returned to the team as an Administrator.

has been promoted to Server Moderator.

king purple has changed their name to .

Fenrir has changed their name to Draisaitl.

Loinen22 has changed their name to .

has resigned from the Administrator rank.

Exmark has been demoted from the Server Moderator rank due to inactivity.

For more info on the Staff updates, click https://www.alora.io...-staff-updates/

This month will be interviewing: C4 aka Hellish and Doofy.
We'll get started with C4 first.
Q: How is this new stage in your college years treating you? You mentioned in your resignation that you left the staff team because of it, I still don't know if I can forgive you...
A: To be honest, it's a mixed bag, it varies significantly day by day & department by department. Some days I'll have absolutely nothing to do on clinic, whereas others, I have long shifts or presentations to make. All in all was hoping to learn more than I am at the moment, hopefully, that comes as I progress through the rotations.
Q: If your mother didn't beat you up until you become a doctor, what would you like to be?
A: Both my parents actually attempted to dissuade my brother & me from pursuing this career. If not for medicine, which I'd decided on from a young age, I'd have probably studied pure biology & genetics, however, I'm not sure how far I'd be able to go in that field without a medical degree.
Q: https://www.alora.io/forums/topic/44616-i-love-vuqe/ Regarding this topic, the players would like to know how the relationship is looking like, I heard some cheating was going on...
A: We broke up. I caught Vuqe cheating with Scuffed EIM just one time too many. I decided to get my revenge by telling him that items dropped by an Ultimate Ironman will last for 60 minutes. Vuqe, being the whale he is, dropped & lost all his seeds. We separated shortly after.

Q: This question is going to make Mack angry no matter what. IF you had to pick between revamping Chambers of Xeric or the Achievement Diaries, which one would you pick and why?

A: Obviously would pick both. If I HAD to, however, I'd say raids. I've seen firsthand the proposed raids changes and they'd be fantastic BUT, there needs to be a major overhaul in loot accompanying it, donator statuses are disproportionately overpowered.

Q: What do you enjoy doing the most on Alora? Bullying doesn't count.

A: Although the amount of hours I've been putting in Alora has dropped, I still enjoy working on my main account to truly complete it. I just spent 2 weeks trying to get an eternal slayer ring (which I got today), going to passively work on some 200m skills and other niche items. Just whatever I feel like doing tbh.

Q: What is your most unusual talent?

A: 1. As a fair few people here know, I'm able to draw on my skin and have it appear as an allergic reaction. Take Redius's signature for example: https://i.imgur.com/olyw7sJ.png

Now let's take it on over to Doofy.

Q: Ever since you returned to the staff team, you seem to have found the balance between the game and IRL. Being able to stay consistent in the game and not burning out is something that not everyone can do. What’s the secret?
A: Although I don't have as much free time as I used to due to work, finding the balance between staying consistent and not burning out has been really important for me. For me, it was understanding that my position here on the staff team is a volunteer position. I don't force myself to get on when I really don't feel like it, whether its because I'm exhausted or feel like playing something else that night. I know that if I were to force myself to get on and be a stafferman every day after I get home from work I would for sure be burnt out. Personally, I believe that even if I am not on all the time, I am able to perform my duties much better because I am choosing to do them, rather than feeling like I have to do them.
Q: Why are dolphins the cutest animal on the planet, and why do you love them so much?
A: I actually don't think dolphins are the cutest animal, however, I do think they are pretty badass. Dolphins are incredibly intelligent, and a lot of people don't realize there are 40 different species of dolphins and one of my favorite species of dolphins are Killer Whales (Orcas). Transient Killer whales will often play with their food or even hurt other marine mammals such as seals just for fun, oftentimes doing so by flinging them up into the air or drowning them.
Q: When are you going to take those hands off ? You know who he belongs to...
A: I'm not entirely sure what you mean by this question... I do not think of Jisoo as property, nor do I believe he belongs to anyone but himself. He is an amazing person and someone I consider a close friend. I have been fortunate enough to spend lots of time talking and working with him throughout my time here on Alora.
Q: If you had to pick ONE content update, rework or fix to add to Alora, what would it be and why?
A: Curses. Specifically, soul split so I don't have to pay attention when killing bosses.
Q: If you were an animated character, who would you be and why?
A: This is a hard one... I think I might have to go with Donkey from Shrek. There is just something about his ability to communicate and subconsciously manipulate 'people' into doing what is in his best interest that intrigues me.
Q: Who is the best hardcore ironman, Smiv or IM Moe? They both seem to be extremely talented, but I think you are the right person to pick a winner on this.
A: Personally, I must go with Smiv on this one. Although Moe and Smiv have a similar track record with their HCIMs, Smiv’s tenacity and ‘not going to quit’ attitude is oddly inspiring. Who knows what NPC will take his life next and I’m sure as per usual, it will be a pleasant surprise.
Disclaimer:
Have any interview questions that you would like to ask any of the staff members?
Don't hesitate to send me a private message via forums / Discord and I'll include them in the next edition along with the answers from that staff member!

Content Polls:
Take a few minutes to check out our latest content poll. Please vote and leave any feedback in a comment on the thread. It can be found below.
https://www.alora.io...-and-additions/
Drops:
SuperiorIQ coming through with some prime pet RNG from the God Bosses

hits the jackpot at the Revenant Caves

's luck at Corp was sure to get @7's blood boiling

MyDadsBelt makes the Black Mask grind look all too easy

Its Wii was so close, yet so far away with this Twisted B..

Horus claims one of the few Realism Avernic Hilts at an early KC!

Hextone showing off some more of Corp's generosity this month with a 1 KC Arcane!

The MOTM poll has concluded and here are the final results received from the community.
The September MOTM winner is...

Congratulations! You have stood out in the eye of the community this month. Thank you for being a great member here on Alora.  :)
Contact Lowkey for your 3 bonds prize in-game, and your Forum Awards will be active shortly.

Check out some of the recent work put out by some of our content creators! They put a lot of work into these videos and it makes for great entertainment while grinding out whatever it is you may be doing in-game.

Nice read, thanks for posting Mack

Must of put a lot of time into this! Enjoyable reading this

This was awesome! Thanks for putting this together Mack :)

Thoroughly enjoyed c4's interview, such an epic hidden talent to have!

Commendable efforts for taking it upon yourself to create September's article, great job. @Mack

If you require any assistance, please do not hesitate to PM me by clicking here

Thank you Mack & for writing this up and Doofy for enlightening us with the dolphin knowledge!

As always, this month's newspaper was a fun and enjoyable read. 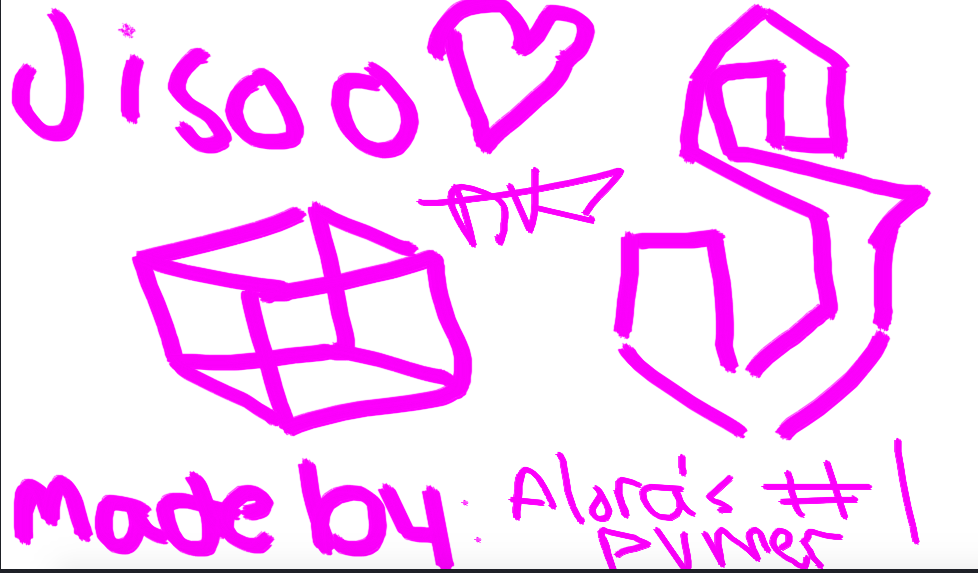 Action packed month if I'd say so myself!

Thanks Mack and , was a very nice read and had a pretty good interview.

Side note, I'm super excited to see what you guys have in store for us once we hit that 3 year anniversary!

I must say, the love story of @Doofy and @ is still better than Twilight.

@Doofy going in depth about dolphins... Brother, you are definitely a whale, Waaooaooooooaooooooo.

Well organized, fun to read. You guys did a good job stepping in for tall man 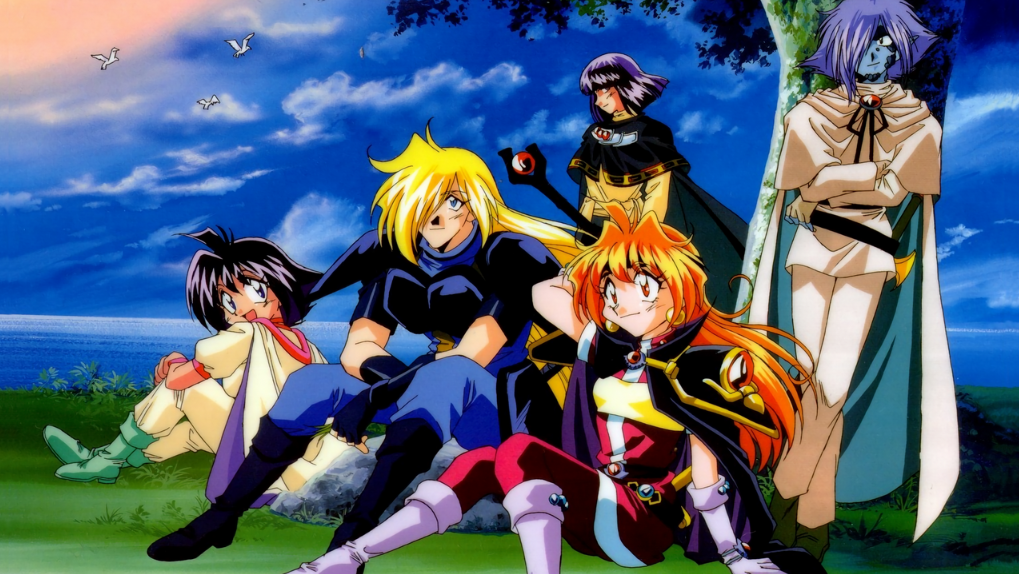 
Nice to see my own thread in here. Entertaining to read as always great job Mack.

Thanks for putting this together, Enjoyed reading my first ever Alora newspaper.

Black Golem is my favorite pet.

'Love the night & it's stars, The moon is my witness.'


Enjoyed the readings of this! Especially the interviews.

Can't wait for next months edition

Back to Official Newspaper